How the Cancer Prevention Study Can Help Save Lives

One of the missions of the American Cancer Society is to conduct a research study. The Society provides funds for the cancer prevention research since the year 1946 to have better understanding in the ways of preventing all kinds of cancer. The study has been first conducted in the 1950’s. Participants are providing the initial lifestyle, behavioral information, or medical data and then this is followed with assessment of their health outcomes over time for the determination of how those outcomes provide relationship to the data which have been already previously collected. 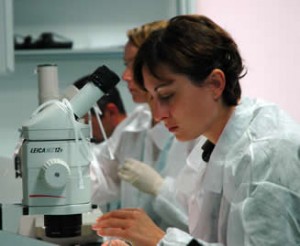 For the studies, there were a lot of individuals who have been recruited as partners with the American Cancer Society researchers as well as volunteers. The participants provide relevant data including the lifestyle, behavioral, and medical information and this is followed with assessments. The success of the studies is dependent on the commitment of the participants and volunteers who have recruited them. There are already over three hundred scientific articles by the epidemiologists of the American Cancer Society which were published from the studies and the findings indeed have significant contribution to tobacco-related research and there was better understanding of different factors in relation to cancer as well as other diseases and these factors include the physical activity, obesity, air population, diet, and use of hormones.

The previous American Cancer Society long-duration studies include the following:

• Cancer Prevention Study (CPS)-I (1959-1972) – It included about 1 million women and men who were recruited by 68,000 volunteers in 25 different states. It was designed in addressing a wide variety of potential exposures aside from the use of tobacco which may decrease or increase the risk for cancer.

• Cancer Prevention Study (CPS)-II (1982-ongoing) – It included 1.2 million participants who were recruited by 77,000 volunteers in 50 various states. Each and every participant has been followed for more than 20 years for the determination of the causes of death. The study addressed different lifestyle and environmental exposures that may have decreased or increased risk for cancer.

• CPS-II Nutrition Cohort (1992-ongoing) – There were 185,000 participants from 21 states and the design of the study is to have better understanding on how the diet is affecting the risk for cancer.

– relationship between cigarette smoking and cancer of the lungs
– impact of obesity on the occurrence of cancer risk and death
– impact of different factors in link to risk of cancer such as hormones, diet, physical activity, vitamins, and minerals
– air pollution impact to cardiopulmonary conditions
– link between the use of aspirin and reduced colon cancer risk
– relationship between therapy for postmenopausal hormone replacement and different gynecologic cancers like ovarian and breast cancer
– relationship between diabetes and pancreatic cancer and colon cancer
– link between physical activities and reduced risk of different cancers like the colon, breast, and aggressive prostate cancer

The current study which is the CPS-3 will be conducted in the next 20 to 30 years as the current study population (CPS-II) is already aging. This new study will be for the future generations and it will give improvement in the understanding of the causes of cancer. There will be exploration of new and emerging hypotheses which have relationship to cancer.