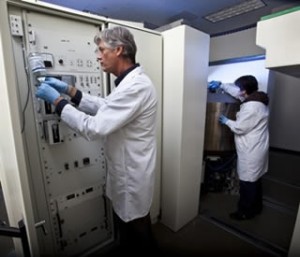 It is commonly known that breast cancer prevention is done through performing routine breast self-examinations starting at the age of 20 and then it is advanced to undergoing annual mammograms beginning at the age of 40.

However, a much better approach is taken into consideration. If the time comes when genome sequencing will be less expensive and further research studies will be invested in cultivating more knowledge about cancer risk genes, the prevention of breast cancer will be possible as early as birth.

According to the latest studies, including a research published in the journal Cancer Epidemiology, Biomarkers & Prevention, breast cancer probability can be predetermined through the use of the sequencing data of the genomes. With the advent of the discovered genetic alterations in cancerous breast cells, it can provide a good opportunity to identify the risk of a woman’s genetic history in acquiring the disease. In a much wider perspective, genomic sequencing can lead the way to the prevention of breast cancer.

In a statement given by a Stanford epidemiology professor, Dr. Weiva Sieh, M.D.Ph.D., “The framework of our study was to ask how useful genome sequencing would be for targeting breast cancer prevention, assuming that genome sequencing were affordable and could be performed on every girl at birth.” She further added, “In the best case scenario, we found we would be able to identify 70 percent of all future cases by targeting the top 25 percent of women [at risk].”

This study has been pursued through the combined efforts of Dr. Sieh and another Stanford professor Alice Whittemore. It involves looking at the chain of connections between 86 various variants of genes and the risk of having breast cancer. The samples were taken from a pool of tens of thousands of women. Making use of a statistical computer model, they were able to calculate the probability a woman who can eventually get breast cancer.

The results of this study will yield advantageous outcomes in how breast cancer prevention is being put to action. First, genetic sequencing can be used to pinpoint which women would have the greater need to undergo breast cancer screening procedures like mammography. To add on, it can also aid potential women, who have been identified as high risk for breast cancer, to avoid non-genetic factors such as doing lifestyle and diet modifications to minimize the risk of progressing into malignancy.

“One of our main messages is that women who are at high risk have the most to gain from modifying lifestyle factors like maintaining a healthy weight or limiting alcohol and smoking. The protective effects of these healthy behaviors are multiplicative,” said Sieh.

Further, Sieh stated that once the culprit genes responsible for increasing the risk of breast cancer is identified, the computer model can estimate the occurrence of future cases by as much as 70 percent.

People who are suspected to be high risk for breast cancer and those who already have the disease can make beneficial use out of genome sequencing. However, the researchers still believe that genome sequencing will not serve as the final verdict on the risk factor of the disease.